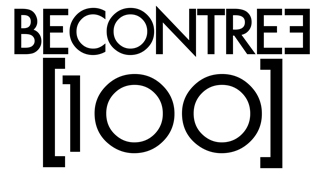 HOW DO YOU SEE BECONTREE?

In March 2015, Becontree residents, digital artist Gary Stewart and Brazilian photographer AF Rodrigues came together for a month to document the daily life of the Becontree Estate, in East London. A series of photography and digital media workshops running throughout March worked with fourteen individual participants and two schools to develop photographic skills and realise their creative potential.

The result is “The Becontree Hundred”– 100 extraordinary images of local people, places, residents and traders, were showcased from April to May 2015  in Dagenham Library, along the Heathway, on local houses, and in the installation by UK digital artist Gary Stewart. The project celebrates the moments, images and stories which make up the lives and experiences of local residents. It invites us all to look differently at what we see every day.

Following a month long exhibition in Dagenham Library, the photos were also exhibited on the walls at Becontree, Dagenham East and Dagenham Heathway underground stations as well as in the offices of Barking and Dagenham Council. They were even used to inspire the electoral counting team on polling day!

The Becontree Hundred was a community arts project produced by People’s Palace Projects, commissioned by Creative Barking and Dagenham and with printing partnership from Barking & Dagenham College.

The Becontree Hundred was supported by Arts Council England and London Borough of Barking & Dagenham.  We are grateful for the support of the Sylvia Waddilove Foundation and of our printing partners, Barking & Dagenham College.  If you’re interested in creativity in Barking & Dagenham, check out www.creativebd.org.uk and get involved.