Favela to the World was a project by People’s Palace Projects that began in 2005 and has its own archived website here.

The second phase of “Favela to the World” consisted of performances by Grupo Cultural AfroReggae at the Barbican Theatre in June 2007, which were sold out and attracted five star reviews.

Grupo Cultural Afroreggae worked with representatives from these organisations, and they went on to form AfroReggae UK groups. Fifteen partners came together to present and share work at Rich Mix in June 2007. The work of the AfroReggae UK groups carried on throughout the year, with support from the Partnership.

During 2007/8, PPP planned the project’s third year of activities in collaboration with other members of the AfroReggae-UK Partnership.  The Partnership was set up in 2007 and during 2007/8 comprised: Asian Dub Foundation Education, Barbican Bite and Barbican Education, Bigga Fish, Contact Theatre in Manchester, Dance City in Newcastle, Guildhall School of Music and Drama, the Learning Trust in Hackney, Metropolitan Black Police Association, Queen Mary University of London, the Shoreditch Trust, and Theatre Royal Stratford East.  Following a return sell-out visit to the Barbican in 2007, Grupo Cultural AfroReggae came to London in June 2008 to lead trainings and workshops with the AfroReggae UK Groups in London, Manchester and Newcastle.  AfroReggae came to London in September 2008 with their group of young performers AfroLata to perform in London and to lead further trainings. AfroLata will also perform in Manchester and Newcastle. Annual programmes of activity for Favela to the World continued through to 2012. 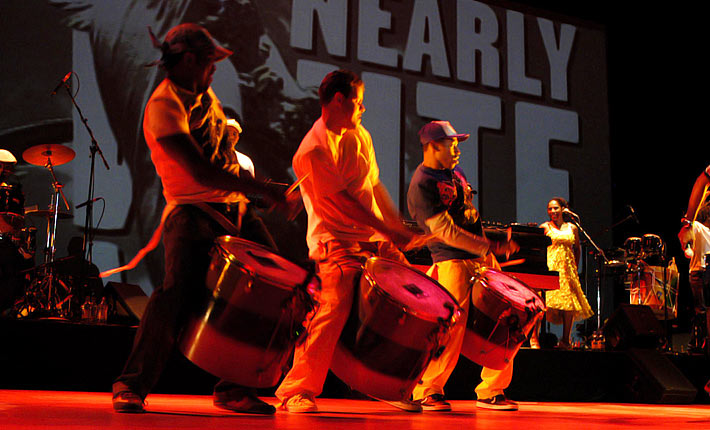