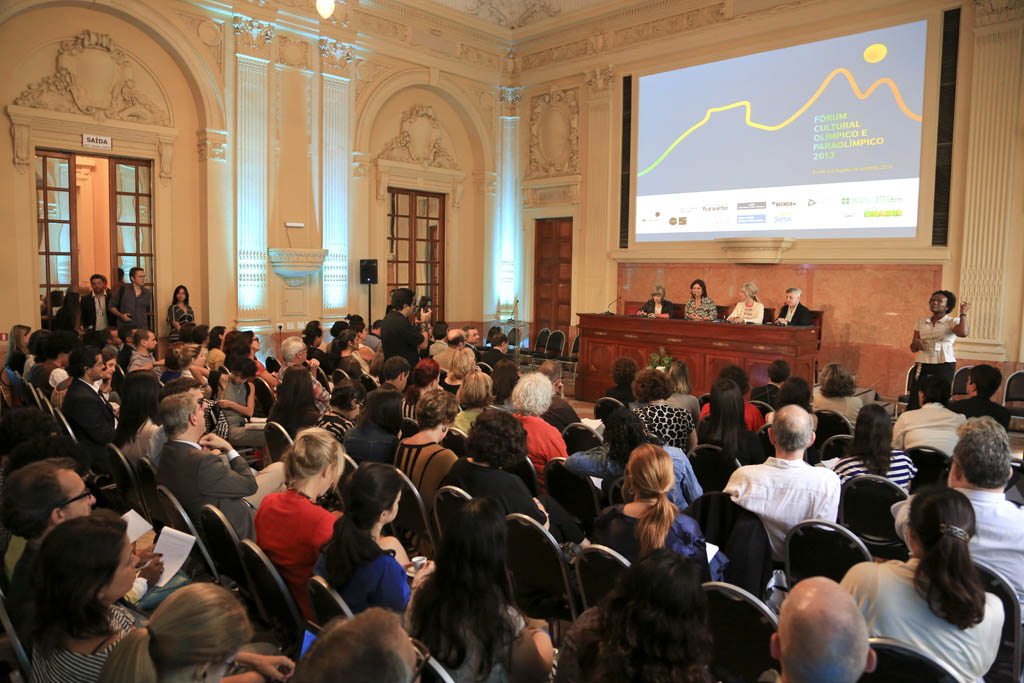 The Olympic and Paralympic Cultural Forum took place in Rio de Janeiro [17, 18 & 19 April 2013]. It was the first of a series of open debates on the opportunities and challenges faced by arts organisations and cultural leaders in relation to large-scale sporting events such as the Olympic and Paralympic Games. The Forum was created to stimulate discussion in the Brazilian cultural sector about the role of the arts in preparations for Rio 2016. At the heart of the Forum was an opportunity for key figures from the Cultural Olympiad and London 2012 Festival to share their experiences and reflections through formal presentations, working group discussions and informal networking.

The Forum was staged in two distinct locations: Arena Jovelina Pérola Negra [17 April] and Museu Nacional de Belas Artes [18 & 19 April], over 30 miles apart, to reflect the Forum’s intention to engage diverse participants from the periphery of the city in Pavuna to its cultural centre in Cinelândia. 280 individual delegates attended the three days of events. By working closely with Agência de Redes para a Juventude, the Forum attracted over 100 young people to learn about the experience of London 2012 and participate in the debates about Rio 2016. There were sessions on how the Olympics and Paralympics might promote community-based arts projects and the culture of the periphery; and how the Paralympics can promote cultural projects involving people with disabilities. Panel discussions were held on varying areas including ‘The Role of the Artist: before, during and after the Games’. Each of the three days had a session dedicated to the Paralympics.

The Forum was connected to the presentation of work at Sesc Madureira by artists featured in the 2012 Unlimited Festival and finished with a performance of work by disabled artists at Galpão Gamboa.

The Olympic and Paralympic Cultural Forum was executive produced by the British Council, Ministry of Culture and People’s Palace Projects, curated by PPP’s Paul Heritage and Cid Blanco (Olympic Public Authority), co-curated by Jude Kelly and was part of British Council Transform.

You can also download some of the presentations and videos: