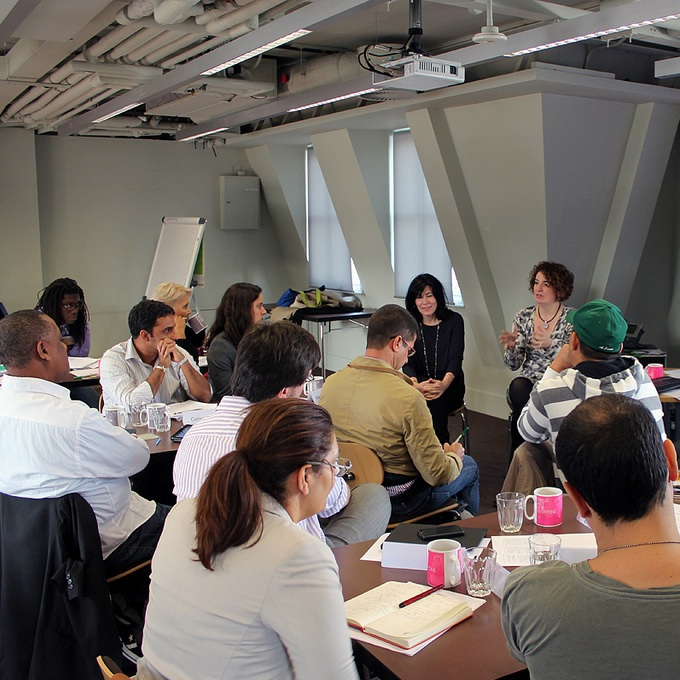 Points of Contact / Pontos de Contato is an exchange programme between Brazil and the UK to create new dialogues about social and personal transformation through the arts. Points of Contact aims to increase the capacity of artists, policy makers and funders to realise the full potential of dynamic and transformative cultural actions.

They met with various organisations with focus on youth, arts and culture, such us Dance United, Contact Theatre, Lawnmowers, National Theatre of Wales, East London Dance, Bigga Fish, Tate Modern, The Albany and The Roundhouse. They also had meetings with representatives from the British Council, Arts Council England, Brazilian Embassy and Department for Culture Media and Sport.

This visit focused on the development of programmes and policies within the creative industries concerned with the training and accreditation of young people from low-income backgrounds. In Rio they visited: NGO Crescer & Viver, Theatro Municipal do Rio de Janeiro, Rio Criativo, Spectaculu, Nós do Morro and had meetings with representatives from the Ministry of Culture and the Municipal Culture Secretariat. They were invited to go to Salvador by SECULT (Bahia State Secretariat of Culture) to visit Teatro Castro Alves, TV Pelourinho, FUNCEB, Centro de Formação em Artes, Semente de Ciência, Cipó and Pracatum.

From 2012, Points of Contact, is part of the British Council Transform programme.