Rio de Janeiro, August 2021- People’s Palace Projects, in partnership with Redes da Maré, presented the results of three-year international research project Building the Barricades, one of the first studies in the world to explore the relationship between experiences of armed violence and the mental health and well-being of  residents of favelas. The survey took place in the largest favela complex in Rio de Janeiro, Maré, where 140 thousand people live in 16 communities.

The findings of Building the Barricades, widely covered by the Brazilian national press,  were presented in a webinar in Brazil on the 23rd August. On the same day, People’s Palace Projects and partner civil society organisation Redes da Maré launched Rema Maré, a mental health awareness week in Maré. The programme included the distribution of an education guide about mental health, promoted debates with policy makers and social workers, as well as the premier of a live show with young poets from the territory – Becos, an  immersive performance in 10 parts.

What is the impact of armed conflicts, so frequent in these communities, on their mental and physical health of residents of favelas? And what are the resources in place to treat and look after their well-being?

These questions guided the Building the Barricades research team between 2018- 2020.  They surveyed 1,400 residents including 200 crack-cocaine users living on or at risk of living on the streets. They also conducted in-depth interviews, organised focus groups and mapped health and social service support, as well as cultural activities available to the communities that provide support to improve their well-being.

This work led to the 1st Mental Health Awareness Week of Maré, Rema Maré, that took place between the 23rd and 28th of August

During a full week of activities People’s Palace Projects and Redes da Maré distributed an education guide about mental health, promoted round-tables with policy makers and social workers, and set up a pop-up open-air cinema for young audiences. 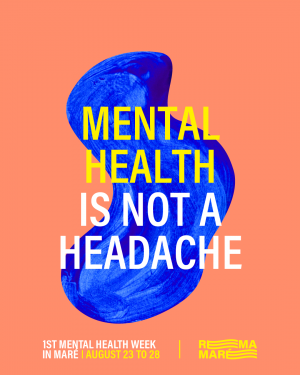 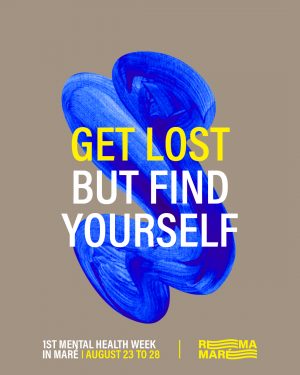 We also premiered a live show with young poets from the territory – Becos, an  immersive performance in 10 parts, directed by People’s Palace Projects’ Paul Heritage. In six days, there were 13 performances to an audience of 200 people who attended under a restricted Covid-19 restrictions in place.

The live show is a powerful adaptation of Becos, launched in podcast format last year, that explores race, violence, resilience and mental health. 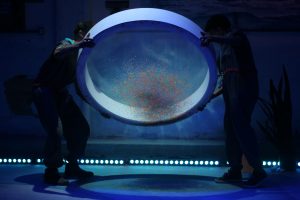 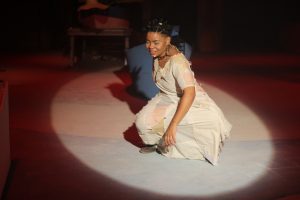 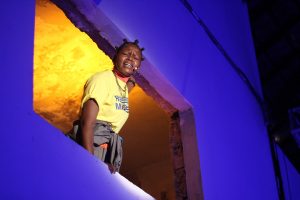 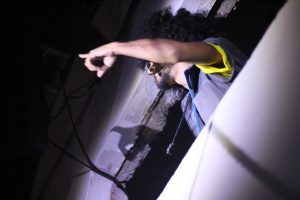 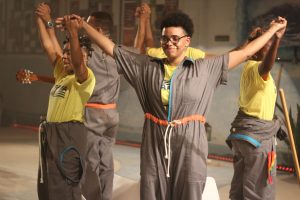 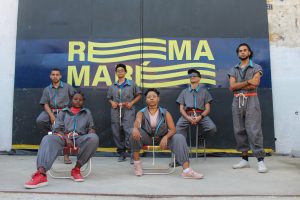 On the 23rd August, 2021, People’s Palace Projects and Redes da Maré hosted a webinar to present the findings of this international research “Building the Barricades” to 140 people.

On 27 August, we hosted a second online event- a debate about violence in favelas and mental health , chaired by Silvia Ramos, from CESeC- a reference study centre of public safety in Brazil.

The study was widely covered in Brazil with more than 350 articles published by the local, national and international press. Read the clipping here Press CLIPPING FINAL REMA

Read the article published by The Lancet Regional Health – Americas