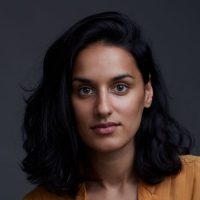 Hussina is an actor, director and facilitator in theatre and film who has worked with PPP on our projects with young people since 2015, including The Verbatim Formula and Can We Talk About It? in 2017.

Hussina has an MA in Acting from the Royal Welsh College of Music and Drama. Her varied career in arts work with young people includes projects at The Roundhouse, BFI, Rich Mix, and our neighbours Project Phakama, where she is an Artist Bursary recipient in 2019, producing a 4 minute film Roots which will screen as part of London Film Festival in November 2019.