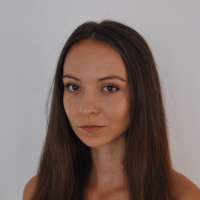 Kalina is a performance art practitioner and human rights activist who graduated from QMUL with a first class degree in Drama and is currently doing her MA in Live Art. She is experienced in conducting independent and collaborative creative projects and writes on various topics within the cultural industry with focus on the arts sector. She has worked on devising and facilitating workshops for young people in Tower Hamlets together with theatre director Canan Salih.  She is part of Stage 3 Theatre Company where she is a performer and stage manager.

Kalina works alongside project director Shana Swiss as the current project manager for the new Stages project at PPP, which began in September 2019.