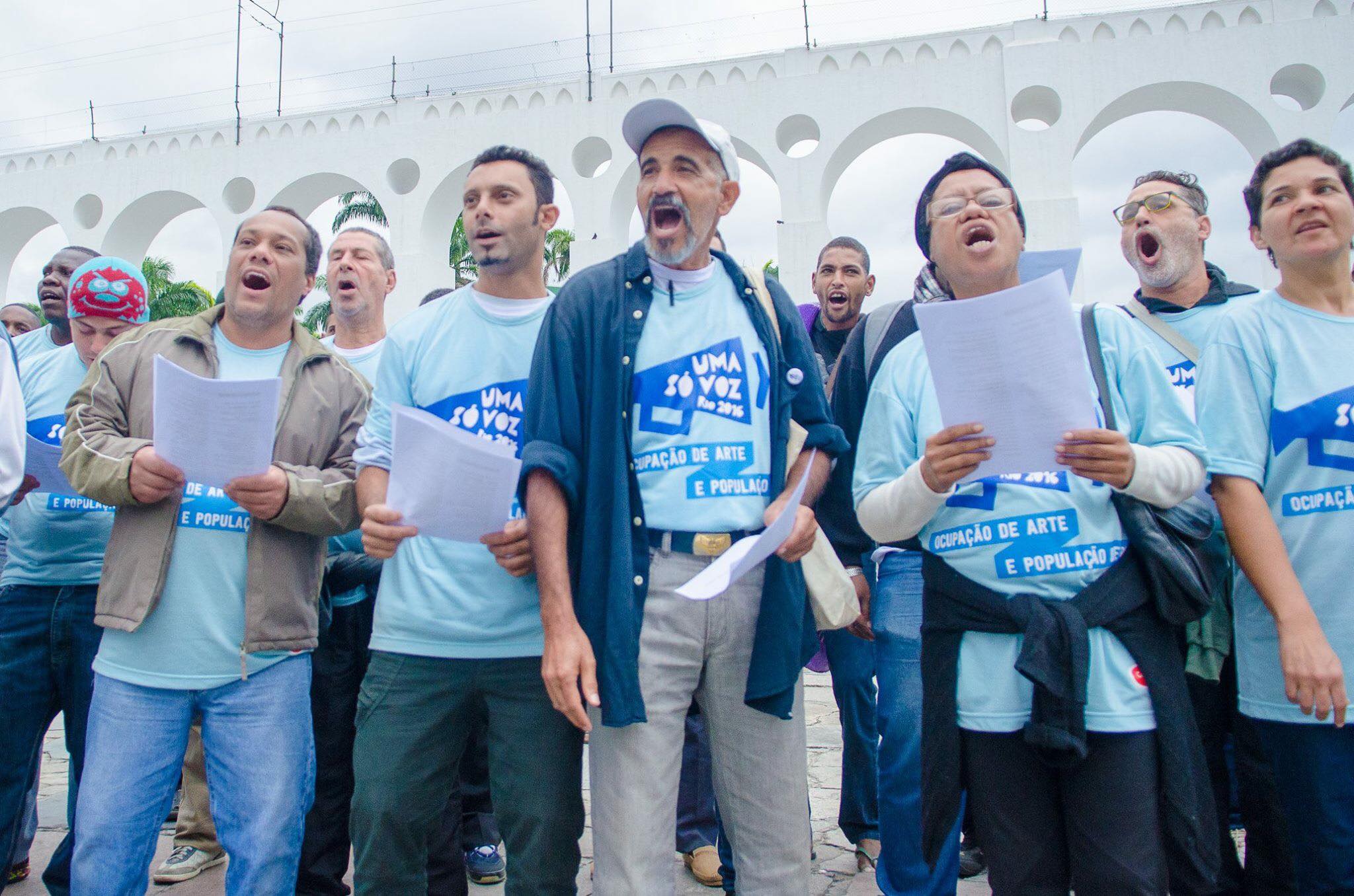 With One Voice 2012 was the first time in history that an event for homeless people was part of official Olympic celebrations. Over 300 people with experience of homelessness from organisations all over the UK performed at the Royal Opera House. After this major happening, Streetwise Opera and People’s Palace Projects coordinated 3 year Arts & Homelessness capacity building and exchange programme between Brazil and UK. Over this period, Brazilian delegates (artists, activists and government members) came to the UK to get to know about some of the top organisations in the sector and UK delegates travelled to Rio de Janeiro and São Paulo for meetings, training sessions and performances programmes. Developed in 3 phases, the project now moves towards its 4th phase – sustainability and legacy – with the sector in Brazil getting stronger by the day.

During April 2015 we produced and coordinated a visit by the Brazilian half of the network to Manchester and London, from 19-24 April. We learned from each other, shared practice and experiences, and engaged with policy makers on housing, homelessness and the arts in the UK and Brazil. 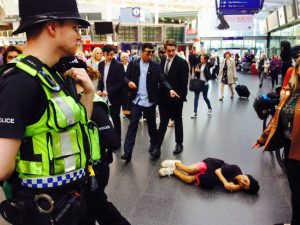 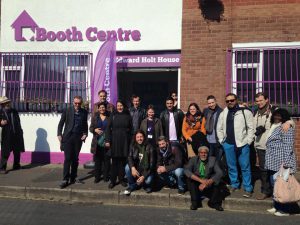 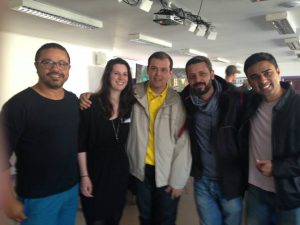 In November 2015, we took a group of artist, activists and NGO directors from UK to Rio and São Paulo for a week. The group included Pete Churchill from The Choir with No Name; Terry O’Leary of Cardboard Citizens; Paula Lonegan of Crisis Skylight; Paul Ryan of Café Art; and a group from the homeless sector in Manchester, including Amanda Croome, the director of the Booth Centre (a homeless day centre), Beth Knowles, a Labour Councillor involved in homelessness, and Jacek Kmita, a Booth Centre volunteer with lived experience of homelessness. They hope to pilot the Homeless People’s Movement in Manchester which could have significant ramifications for homelessness policy in the UK. 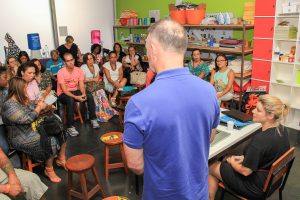 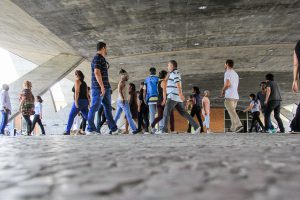 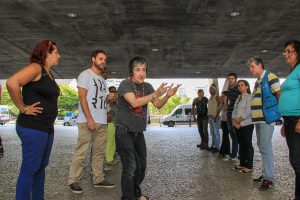 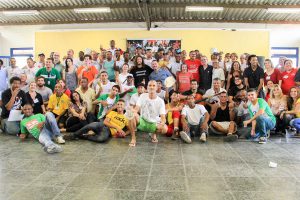 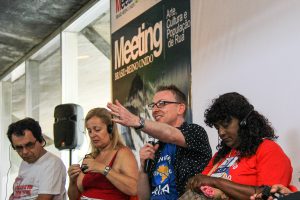 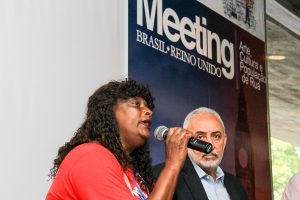 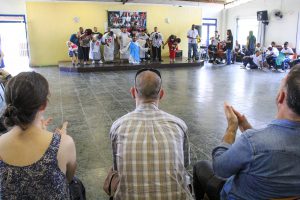 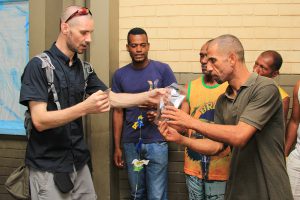 On July 2016, homeless people took over the streets of Rio in an artistic occupation week of pop-up performances and workshops as part of the 2016 Cultural Olympiad (‘Celebra’). Entitled Uma Só Voz, the week ran between 19 and 23 July 2016 and hoped to increase visibility and dignity for Rio’s street homeless population.

The week culminated on Saturday 23 July when With One Voice launches the first ever international arts and homelessness movement. The launch event will feature local and international performances including a Rio choir performing on stilts, a dance work by Sokerissa from Tokyo, and a verbatim theatre piece directed by Marcus Faustini and performed by a Rio transgender homeless person. It will also include a symbolic handover of the Olympic arts and homelessness ‘baton’ to Japan in preparation for Tokyo 2020.

Throughout the rest of the week, Rio homeless choirs will be performing at Biblioteca Parque and around the city. From just one in 2015, there are now 5 homeless choirs locally as a result of With One Voice’s work expanding homeless arts provision through international exchanges.

The Uma Só Voz week also involves a delegation of 18 arts practitioners, policy makers, people who have experienced homelessness and a researcher coming to Rio from projects in the UK, Australia, Japan, the USA and Portugal. These include Som da Rua, Milk Crate Theatre, Theatre of the Oppressed NYC, Kamagasaki Arts University, Sokerissa, Cardboard Citizens, Manchester Homeless Charter and Choir with No Name. They were  involved in performances, training and meetings with Brazilian organisations to exchange ideas, policy and practice. 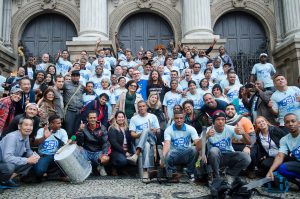 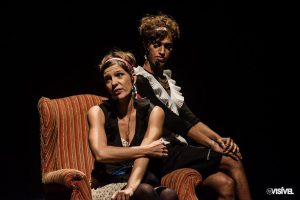 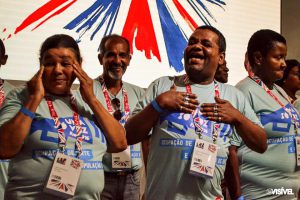 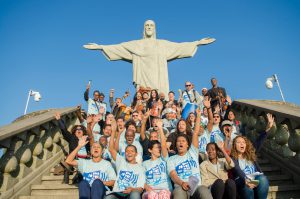 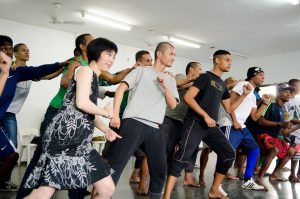 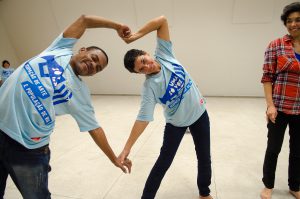 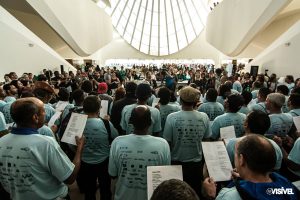 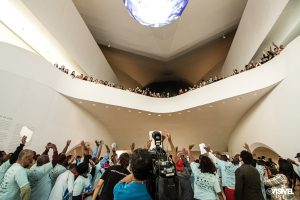 Since this last exchange, Uma só Voz keeps going strong as a choir training programme and performances are happening all over Rio de Janeiro. With One Voice developed into a global movement which seeks to build the arts and homelessness sector internationally through exchanges in policy and practice. The movement will work in Tokyo ahead of the 2020 Olympics, as well as in other countries including the USA. A new website, with information about the movement and a map of international arts and homelessness projects, was launched on 23 July at www.with-one-voice.com.

You can read the phase 3 activities report here

For all the news on the With One Voice project, click here 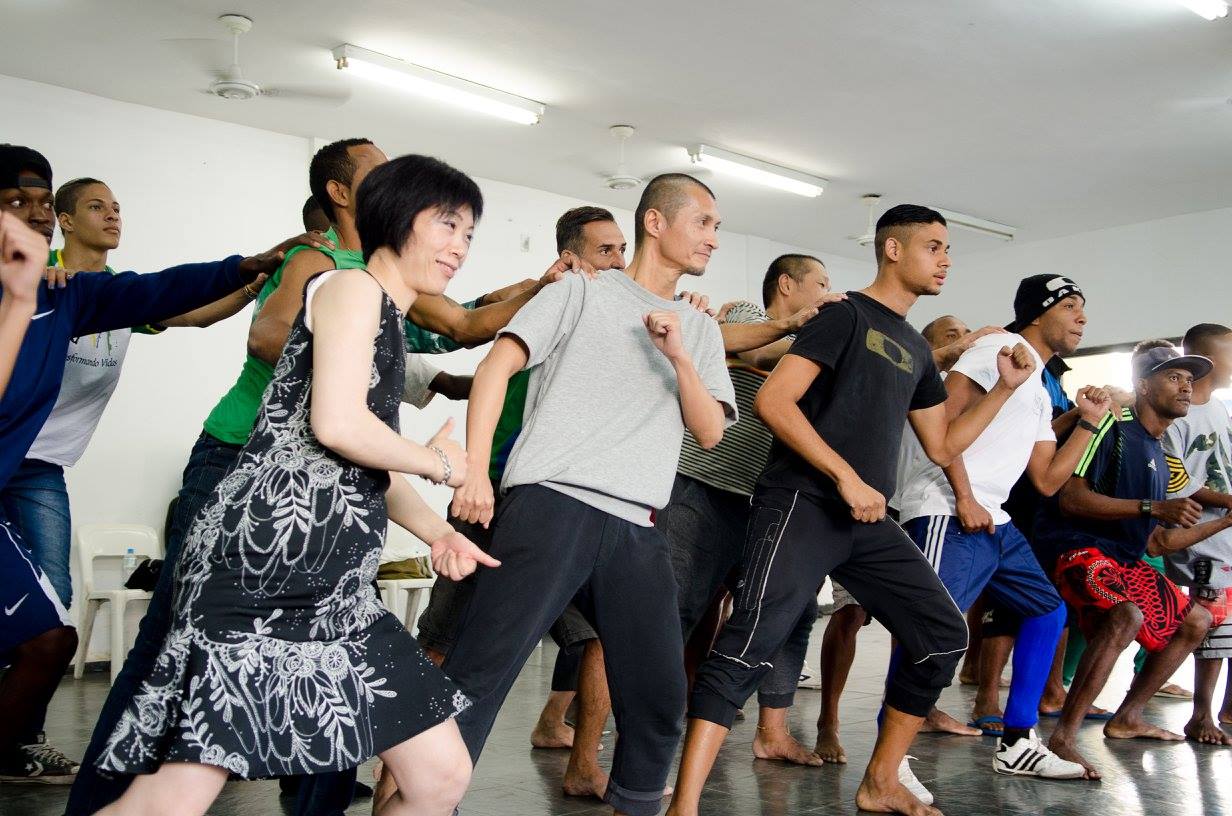 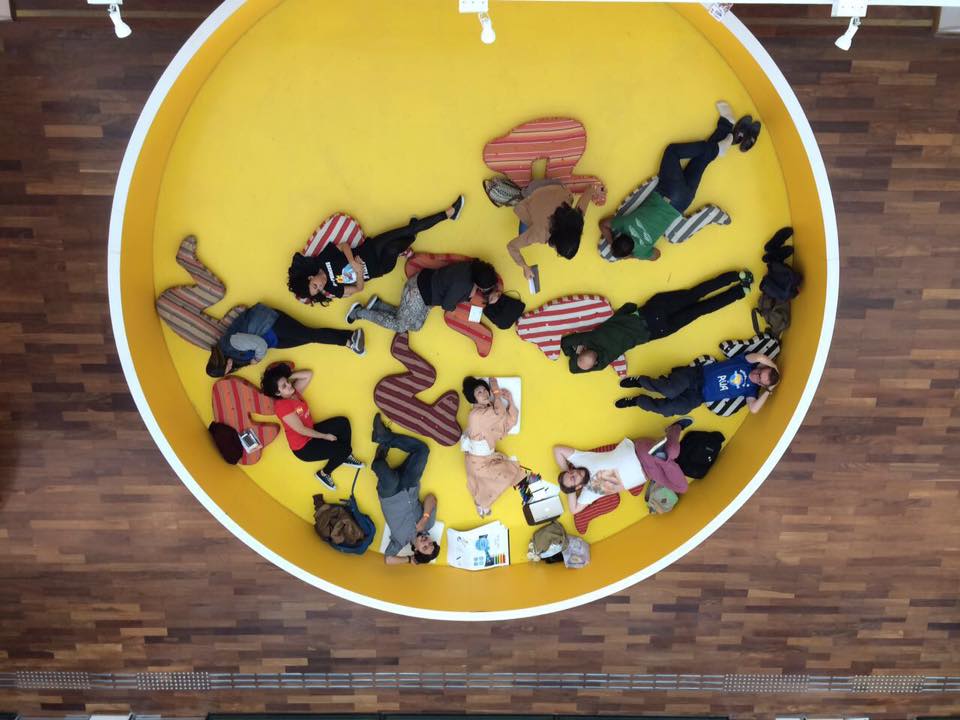 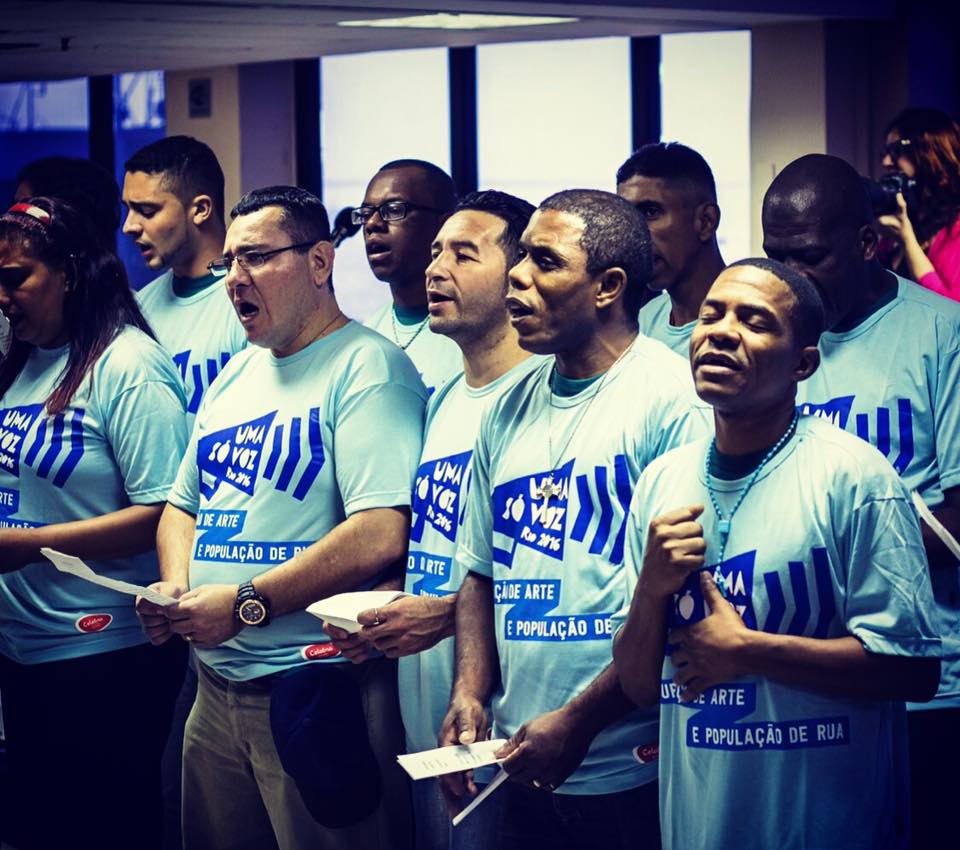 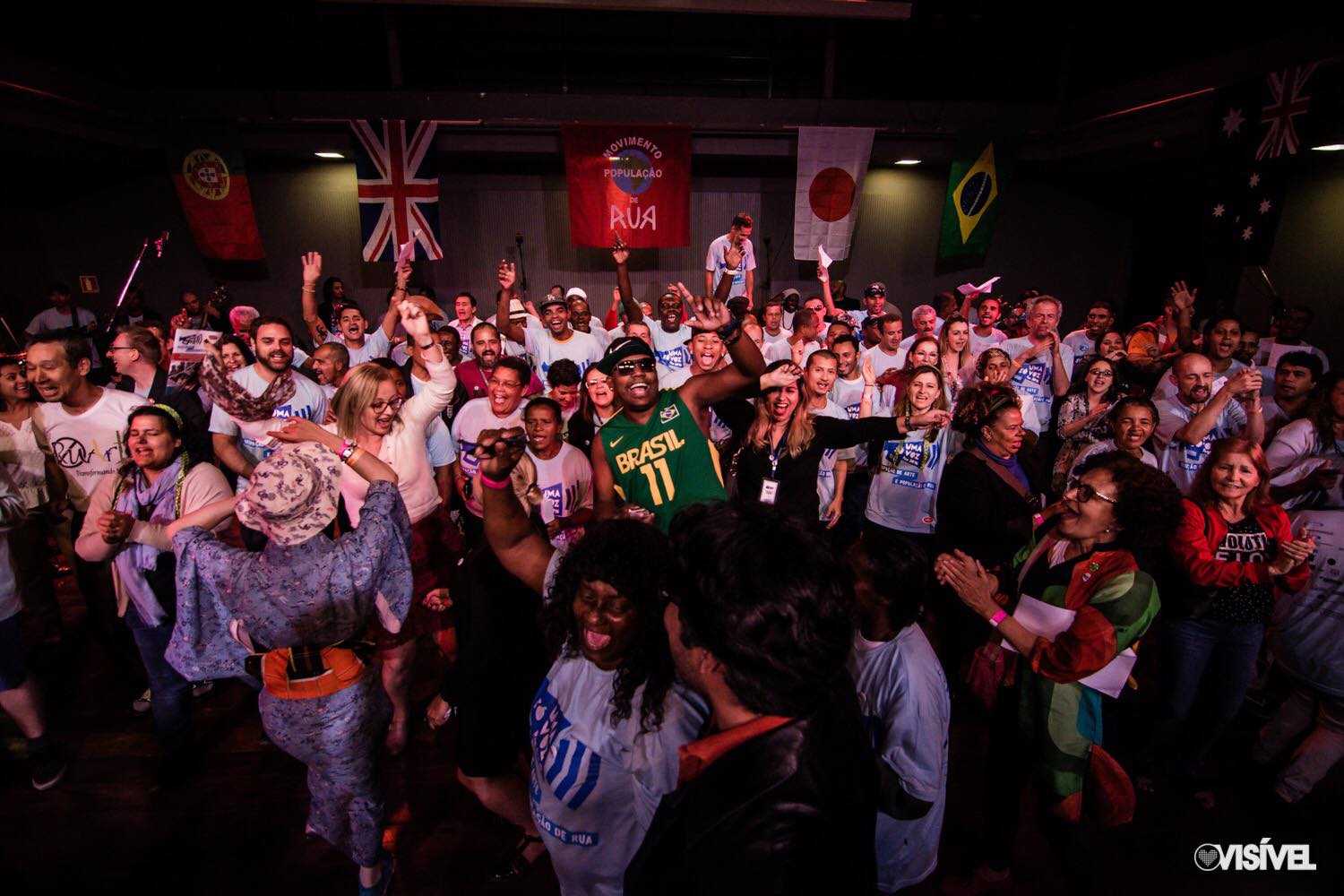 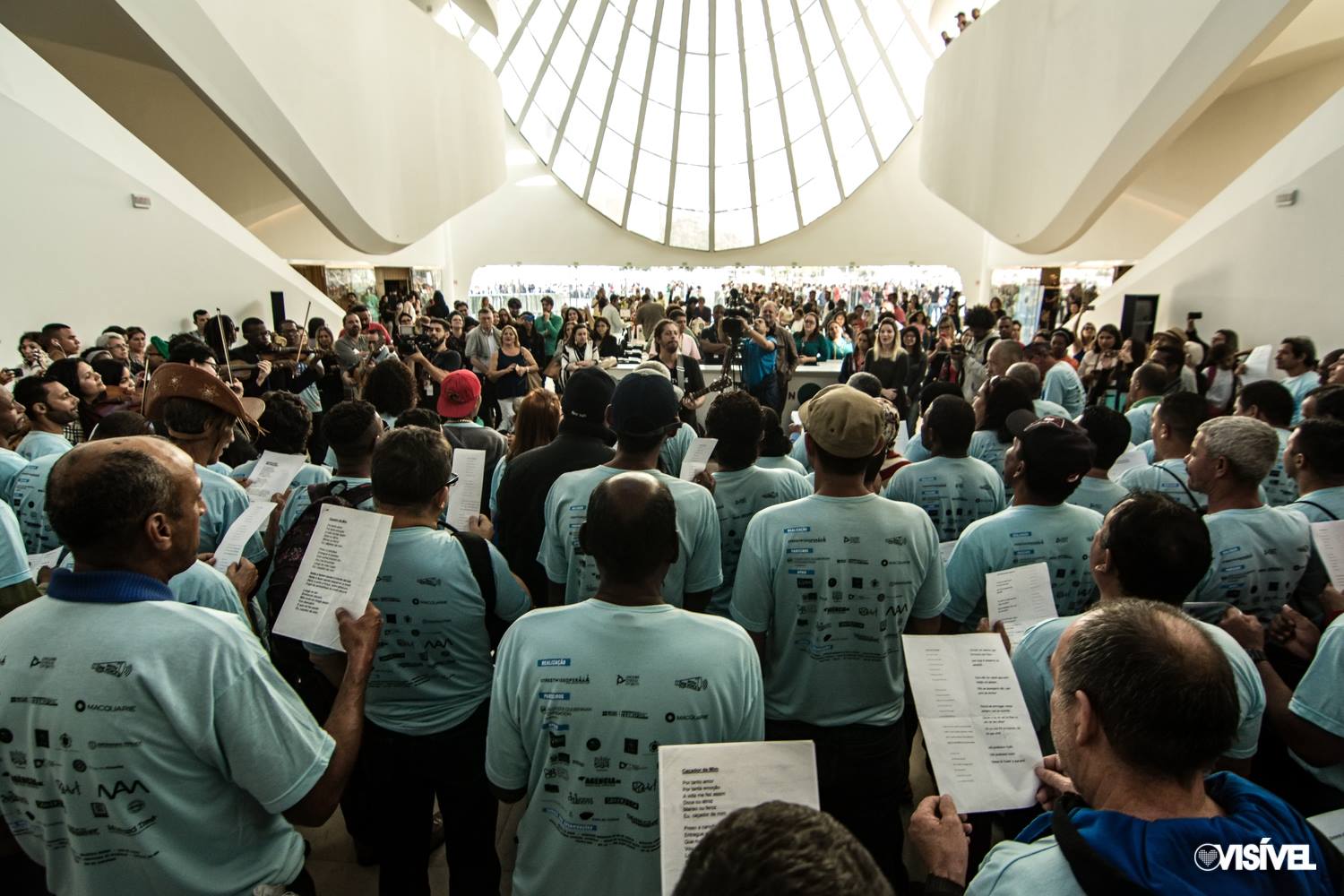 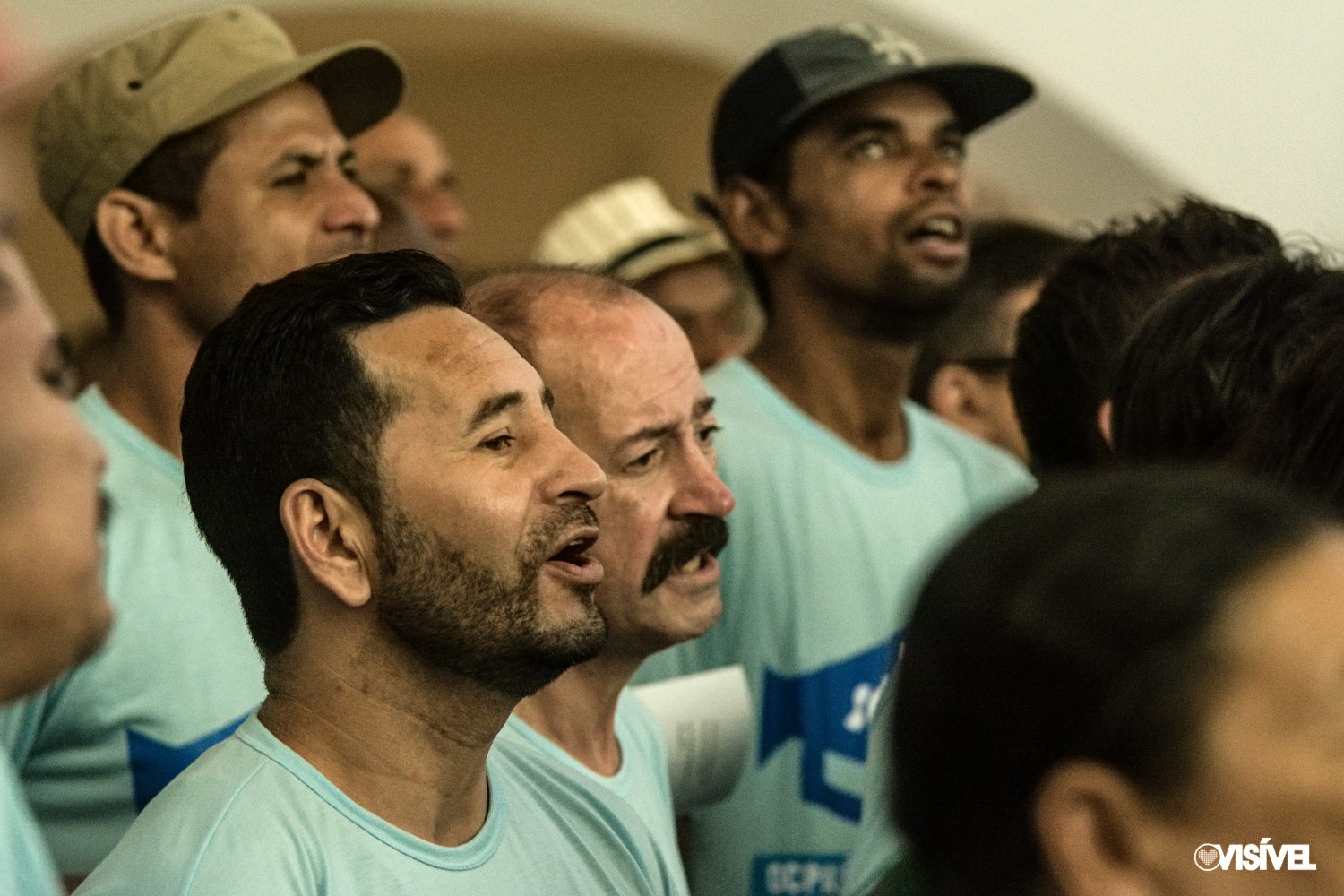 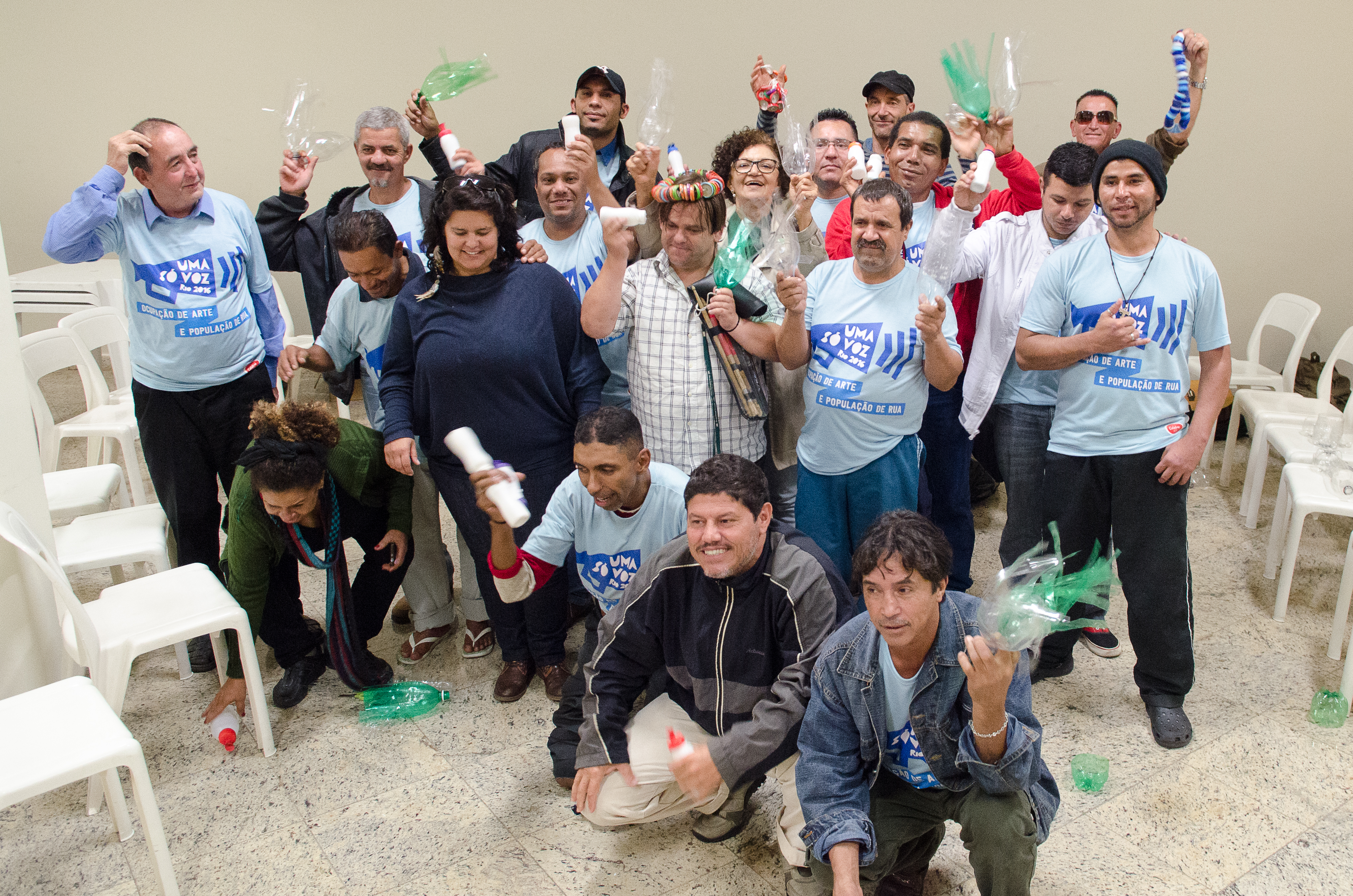 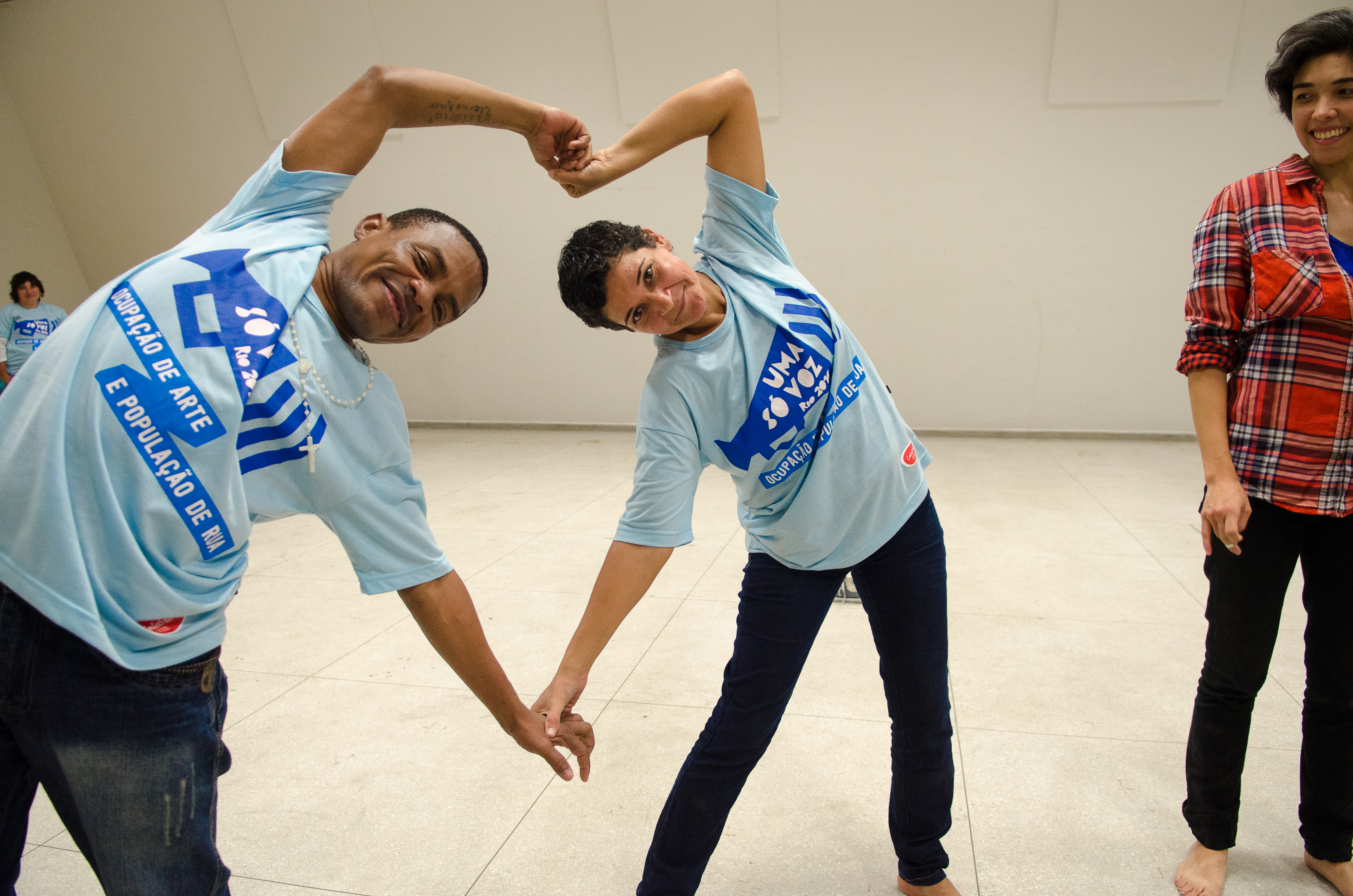 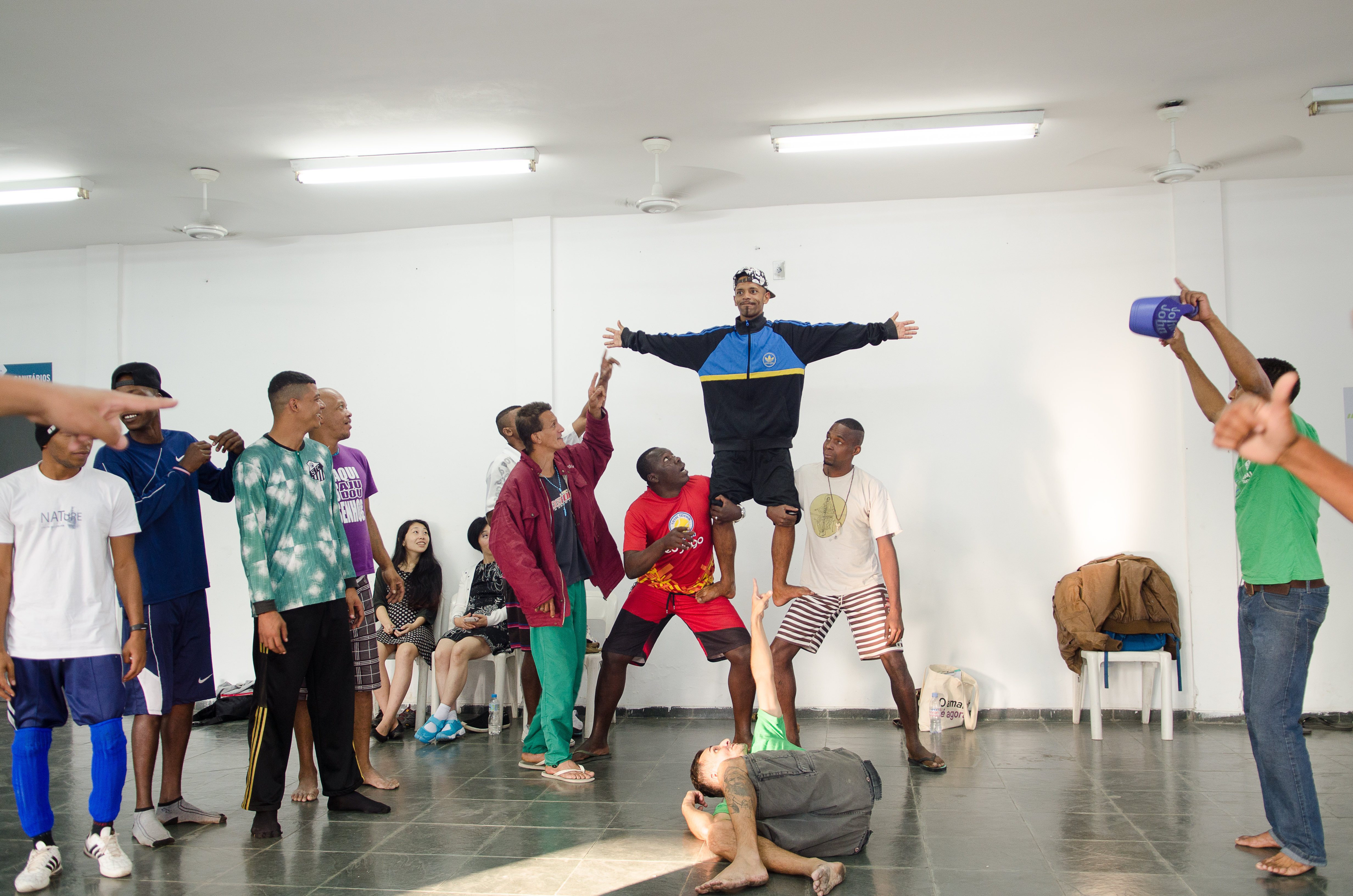