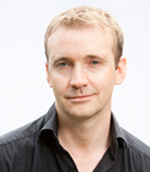 Jerry Brotton is Professor of Renaissance Studies in the School of English and Drama at Queen Mary University of London and Associate Director of the QMUL/Warwick University project Global Shakespeare, which collaborated with PPP on Shakespeare Forum in Brazil in 2014 and in 2016, when he gave lectures and also presented the BBC documentary A Tempest In Rio, available on the BBC iPlayer. Jerry also presented a position paper at the 2015 London seminar for The Art of Cultural Exchange.

Jerry is the author of a number of highly successful books, including The Renaissance Bazaar: From the Silk Road to Michelangelo (2002), The Sale of the Late King’s Goods (2006) shortlisted for the Samuel Johnson Prize, The Renaissance: A Very Short Introduction (2006), Great Maps (2014) and the bestselling A History of the World in Twelve Maps (2012), which was shortlisted for the Hessel Tiltman Prize. His latest book, This Orient Isle: Elizabethan England and the Islamic World was published by Penguin in 2016. Jerry is also a regular broadcaster, critic and feature writer.