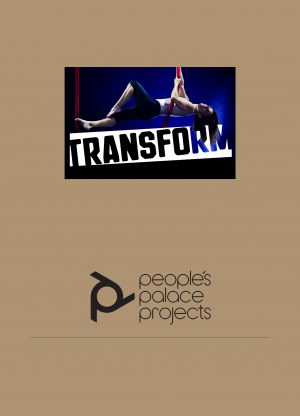 People’s Palace Projects has worked in partnership with British Council on a number of projects across the four years of the Transform programme and this is a short report on what we have achieved together.

Since 2012, People’s Palace Projects have produced 14 projects as part of Transform, involving around 700 artists and organisations, reaching over 75,000 members of the public and engaging nearly 6,000 workshop participants in the UK and Brazil. We are grateful to the British Council and other funders who have made this possible.

Transform was the British Council’s four-year arts and creativity programme that aimed to develop the artistic dialogue between the UK and Brazil for mutual benefit and long-term impact. The programme was launched in 2012 and ran through to 2016. People’s Palace Projects’ participation in the Transform programme would not have been possible without core funding and support from Arts Council England and Queen Mary University of London.