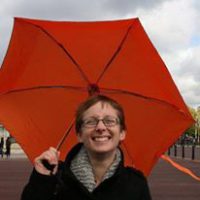 From 2005-2009 she was Executive Director of Battersea Arts Centre, for a period including the organisation’s successful campaign to take over the building from Wandsworth Council on a 99-year lease. In previous roles, she managed the Actors Centre for 5 years; worked in the Arts Development team at Warrington Borough Council towards the opening of Pyramid Arts Centre; was marketing assistant, then programme coordinator for Northern Stage at Newcastle Playhouse: and was one of the four founding members of Creation Theatre Company.  She spent six years as a Board member of the Independent Theatre Council and was also a Board member of Queen Mary Innovation Limited until 2015.  She has been a Personal Licensee and a Fellow of the RSA.  She studied English Language and Literature at Oxford University.

Rosie is involved in a voluntary capacity with several community organisations in South London, including Invisible Palace.