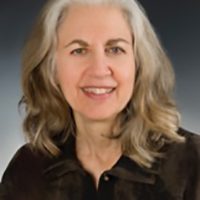 Shana combines a background in medicine with extensive research in conflict zones. She was founder and director of the Women’s Program at Physicians for Human Rights where in 1991 she was part of a team of women physicians who presented evidence to the United Nations of mass rape and sexual assault during the conflict in the former Yugoslavia. This helped establish rape as a war crime in the International Criminal Tribunal for the former Yugoslavia (ICTY) and led to legally groundbreaking indictments by the ICTY for gang rape, torture and enslavement of women. Her experiences working with women who had been raped during war led to an understanding of the revictimization that women experience through repeated interviewing, and the need for non-stigmatizing programmes for women recovering from conflict that focus on healing social networks and that are developed by women who have lived through the conflict themselves. This led her to arts based work.

In 1995, Shana founded Women’s Rights International, where she has conducted research with local teams on the impact of war on women and their families and supported the development of arts based programmes to stop violence against women. Invited to present evidence to the Liberian Truth and Reconciliation Commission in 2008, she worked with the local research team to present their statistical findings in creative formats that were accessible to local communities as well as government officials and truth commissioners. She has written about the ethical documentation  of human rights violations and violence against women and girls in the former Yugoslavia, Liberia and Sri Lanka. Her body of work has won significant recognition. She is a former Bunting Fellow, a 2011 Purpose Prize Fellow and a 2013 Fulbright Scholar.

People’s Palace Projects is very grateful to the Peace Development Fund (USA) for granting the research award which supports Shana’s post with us.