Archive, community and creativity in Fuel acts of transformative engagement

In collaboration with Fuel, who lead the field in independent producing in the UK’s live performance sector, this project will commission and produce four exploratory articulations of community and performance practice drawn from Fuel’s twenty-year archive to create a regionally touring VR/AR archive project, an aural history of Fuel, an interactive, community-sourced metadata mapping project, and a fully accessible physical and digital archive of the company’s work spanning 2004 to 2024.

For nearly twenty years in regions across the UK and internationally, Fuel has forged a rigorous and ever-evolving articulation of performance both within and as a community. The company’s models of community-making and engagement manifest across an expansive range of performance experiments, from New Theatre in Your Neighbourhood, which over 4.5 years developed work in neighbourhoods without access to traditional theatre venues, to Fly The Flag, projects with young people across the four nations of the UK with originating co-producer Amnesty International, and its latest piece, The Body Remembers, a trauma-informed and movement-based piece made via interviews with multiple generations of Black British women.

Although ‘non-standard’ approaches to theatre have sometimes been pigeon-holed in uncomfortable categories such as ‘physical theatre’, ‘site-specific performance’, ‘immersive theatre’, ‘new writing’ and so on, the apparent distinctions of this taxonomy are increasingly becoming blurred, as audiences’ appetites for new means of consuming and participating in performance have developed.

In developing the work of artists such as Inua Ellams, Gecko, Requardt & Rosenberg, Fevered Sleep, Uninvited Guests and Sound&Fury, Fuel have increasingly brought these ‘non-standard’ approaches onto ‘mainstream’ stages, underpinned by extensive research within communities, delivering touring models which tour and adapt productions for both ‘mainstream’ and community venues, in which performance is magnified, enriched, and complicated through direct involvement of the audience, in embedded ways that speaks to what matters to the communities in which theatre is performed.

Producing within the Archive

Collaborating with over 350 artists since 2004, Fuel’s wide-ranging practice has generated an expansive collection of archival materials, which reflect a philosophy of theatre as community, motivated by a commitment to reaching under-served audiences and to addressing under-representation both onstage and off.

In their articulation of what Fuel ‘saves’ and how, what it ‘restores’, and as a kind of enlivened ‘putting by’, Fuel’s archival materials not only reveal the company’s history to this point, but also materially instruct its practice.

Building upon a 2021 scoping exercise by Fuel to introduce a preliminary order to their archive materials, and to assess their thematic and creative potential, Twenty Years of Never Doing the Same Thing Twice aims to inform the archive of a leading UK arts organisation, and in a critical assessment of this process, examine the cultural politics of archives ‘not as usable past… but as useful past… as collaboration, not consumption’ (Colbert et al 2020, p.22).

From 2022 to 2024, the project will develop four articulations of Fuel’s archive:

The project will also address Fuel’s role over the last twenty years in developing the practice and position of the independent producer in the expansion of theatre beyond its conventional institutions, audiences and practices.

Through Fuel’s archive, this project will investigate the intersecting practices of dramaturgy, advocacy, funding and development that characterise the emergence of the independent producer as a critical role in the development of British Theatre in the twenty-first century, particularly as the artform develops into an ‘expanded field’ beyond the approaches to performance, audience, and architecture it has often been associated with.

By establishing and interrogating an archive of performance as a means of building and engaging community through theatre, the project will investigate and advocate for the benefits of the company’s producing model to the cultural sector at large. 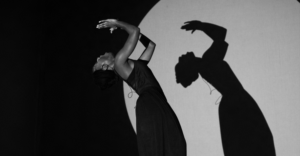 These Things Matter
A collaborative touring exhibition of objects related to empire and slavery exploring how these are viewed in the twenty-first Century.

Augusto Boal Digital Archive
A new digital platform hosting the collection of Augusto Boal – theatrical innovator and creator of the Theatre the Oppressed – displaying the journey of one of the most important figures in world theatre through play scripts, photos, videos, letters, essays, interviews and more.