PPP and British Council are excited to announce the award of the first of three “Air B2B: Britain to Brazil” artistic residencies to Conrad Murray: actor, writer, director, rapper and beatboxer, drama teacher and founding member/facilitator for the last 9 years of the BAC Beatbox Academy.  His work has been performed at Battersea Arts Centre, Southbank Centre, Royal Festival Hall, Latitude Festival, on BBC2 (Gareth Malone’s ‘The Choir’) and others.

Paul Heritage, PPP Artistic Director, said: “We had 113 applications for the open call, from a huge range of very talented artists and makers, and of course, making a selection was very challenging for the panel.  The call was aimed at artists with a social focus, and we were looking for an emerging artist who had much to give and to gain from a life-changing opportunity.  We are truly delighted to be bringing Conrad to Brazil, with the support of the British Council.”

Conrad Murray grew up and lives in Mitcham, South West London and his work [DenMarked, No Milk for the Foxes] frequently deals with untold, unwritten stories – including drawing on his own experience of growing up on a council estate. “No one ever hears our stories from our side, what it is like to grow up in social housing where everyone speaks a different language, and yet at the same time a shared one. We all have a shared narrative, and the main tenet of my practice is that we should own these stories and the way we tell them. I like to rap my stories and emotion. That is the lexicon of my creative tool box.”

During the residency, Conrad will join nine Brazilian artists from a range of cultural organisations from Rio de Janeiro on an extraordinary trip to the Xingu Indigenous Reserve in Mato Grosso State, central Brazil, where the group will work for 15 days in the Ipatse village at the invitation of the Kuikuro Indigenous Association, AIKAX.  On the artists’ return to Rio de Janeiro, Conrad will work at Casa Rio, PPPdoBrasil-run artists’ residency centre, and with community development and arts NGO Redes da Maré. There will be a public sharing of the results of the exchanges and collaborations at the end of his stay.

The residency is part of a one year programme between British Council Brazil and People’s Palace Projects delivering three residencies for 3 UK based emerging artists to work in Brazil, produced by Casa Rio (PPP do Brasil’s artist residency space, Rio de Janeiro), taking place between September 2017 and April 2018. More information on the second and third residency opportunities will be released very soon.

Statement from AIKAX: “We, from the Indigenous Association of the Kuikuro People in Xingu (AIKAX) are inviting one British-based artist to join our residency programme at the Ipatse village in the Xingu Indigenous Territory (Mato Grosso). As artists of the Kuikuro we document our material and immaterial culture to keep our traditions alive for future generations. According to our culture, artists are itseke, powerful spirits of invisible knowledge. It is our artists who share this knowledge with society. We welcome non-indigenous artists who are interested in learning about our history and who will bring their own ways of making art to collaborate with us.”

About the Xingu Indigenous Reserve 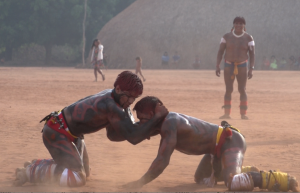 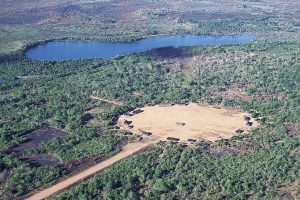 People’s Palace Projects is currently conducting an AHRC-funded research project in partnership with AIKAX, one of the constituted community organisations representing indigenous peoples living in the Xingu, and Brazilian cultural economy centre NECCULT, to pilot an artists’ residency programme in the Ipatse Village.

About the British Council

Cultural Evaluation new pilot trainning July 06, 2022. #Justice For Bruno and Dom June 16, 2022. PPP condemns the barbaric assassination by Brazilian police of an allegedly mentally ill black man May 28, 2022. PPP thanks partners for the results of excellence in research May 13, 2022.