The Encounter: Fundraising Q&A on Wednesday 20 May 2020

On Wednesday, 20 May, at 7:30pm (BTS), Paul Heritage will take part in an online live discussion event and public Q&A with actor Simon McBurney and award-winning indigenous filmmaker Takumã Kuikuro on a link to the Xingu region of the Amazon. Register here to join the discussion.

The event is the highlight of Complicité’s programme during the Covid19 lockdown, which will see the multi award-winning production The Encounter streamed free online between Friday 15 May  -22 May on the theatre company’s website and YouTube channel. You must register here to join the discussion.

PPP has facilitated the artistic exchange between award winning indigenous filmmaker Takumã Kuikuro and Simon McBurney since 2015, when we produced two research and development visits for the actor in the Amazon region in Brazil. This collaboration continues today, with Complicité supporting PPP’s fundraising campaign for the Kuikuro indigenous community of the Upper Xingu to stay in their village. They need hygiene and medical items, basic food baskets, petrol for fishing boats, and diesel for generators, so they can remain isolated.

You can support the Kuikuro clicking here.

“When Takumã Kuikuro became a Fellow of QMUL in December 2018, he stood in his academic robes on the stage of the People’s Palace to offer a vision of hope to a thousand graduates and their parents. Speaking through translation in a language now spoken by less than 800 people, Takumã inspired us all to think about how we can live better together in the future. As he speaks to us now from the heart of the Xingu Indigenous Territories in Brazil, he invites us to share a way of living in the world that crosses the distance that isolates us from the natural world and from each other. He speaks of our future and asks us to go there with him. – Professor Paul Heritage

About The Encounter: The immersive play is set in 1969, when National Geographic photographer Loren McIntyre became lost in a remote part of the Brazilian rainforest while searching for the Mayoruna people. The first encounter with the indigenous community tested his perception of the world, bringing the limits of human consciousness into startling focus. The Encounter was inspired by the novel Amazon Beaming by Petru Popescu. The play premiered at Edinburgh International Festival in 2015 and has since toured Australia, Europe (including eight weeks at the Barbican, London) and the USA (including a Broadway transfer to the John Golden Theatre, New York).

“We are, as a consequence of this pandemic, bodily cut off from one another. Disconnected. Isolated. But perhaps this sense of our separation one from another, is simply a heightening of what we felt before this all began. We are thinking now, not only about how long this will last, but also what happens on the other side. To reconnect we need, perhaps, to learn to listen more closely. To each other. To our communities. To other cultures. To nature itself. The Encounter is at its heart a story about ‘listening’, not ‘hearing’ but listening; to other, older narratives which, at the deepest level, form who we are, and if we do, we can imagine how we can ‘begin’ again.” – Simon McBurney, Complicité Artistic Director 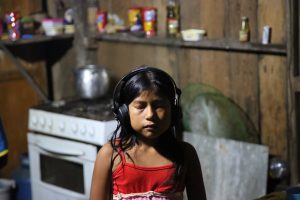 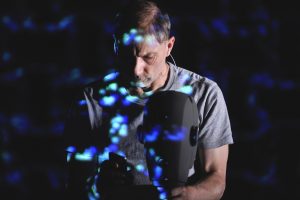 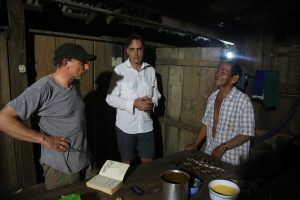 Cultural Evaluation new pilot trainning July 06, 2022. #Justice For Bruno and Dom June 16, 2022. PPP condemns the barbaric assassination by Brazilian police of an allegedly mentally ill black man May 28, 2022. PPP thanks partners for the results of excellence in research May 13, 2022.