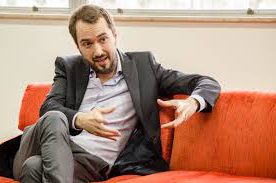 Leandro Valiati of NECCULT (UFRGS) will undertake a two year British Academy Newton Advanced Fellowship at Queen Mary University of London/People’s Palace Projects with Paul Heritage from September 2018 until September 2020, developing a research study on the British policy model for Creative Industries and undertaking a comparative analysis of the sectoral policy adopted by Brazil.

There is evidence of strong influence from the UK model on policy actions undertaken in Brazil in recent years. Yet despite considerable UK/Brazil investment in facilitating knowledge transfer in the area of the creative economy, very little attention has been paid to how the cultural industries (in both countries) address urgent social questions such as creating frameworks for equitable income distribution, reversing gender and ethnic exclusion, encouraging sustainable territorial socio-economic development and delivering short/long-term benefits to health and wellbeing. Although Brazil has profound experience in how cultural initiatives in fragile urban environments (e.g. favelas) preserve and sustain lives, this has not been adequately connected in policy discussions to the ways in which federal/state/municipal governments have implemented British creative economy models. The UK demonstrates how knowledge about the Creative Industries (CIs) needs to be produced across a range of academic disciplines in the arts, humanities and social sciences as well as by arts practitioners, cultural institutions, public agencies and charitable foundations.

This research will focus on mutual and shared learning opportunities between the UK and Brazil, looking beyond the unilateral replication of known models to seek new understandings about
policies and practices in creative economy that deliver human and social development in fragile communities in the UK and Brazil.